The story of the house and the Coningsby family that lived there from 1973 until 2021.

Most people in Chipstead knows Leyfields, if not by name, at least by sight. It is the large red brick house at the southern ends of the Meads. It was built in the mid-17th century and my father always claimed that it was built before the Great Fire of London although we never knew the exact year.

It was described in a 1687 map of the area as a gentleman’s house. It would, at that stage, probably have consisted of a two-storey brick house with two large rooms on the ground floor, two bedrooms on the first floor and two bedrooms under the eaves.

Two substantial extensions were added in the 19th century, one to the north with three extra bedrooms, a large kitchen adjoined by a huge larder with slate shelving, and a second one on the south-eastern side of the house with a sitting room and extra bedrooms.

Leyfields is mentioned in Charles Pringle’s History of Chipstead. During most of the 19th  century it was owned by the Harrison family who owned several other farms in Chipstead. In the 1851 census the house is reported as being occupied by George Harrison (aged 36), six children, two servants, four labourers and one visitor (although there is no mention of a spouse). 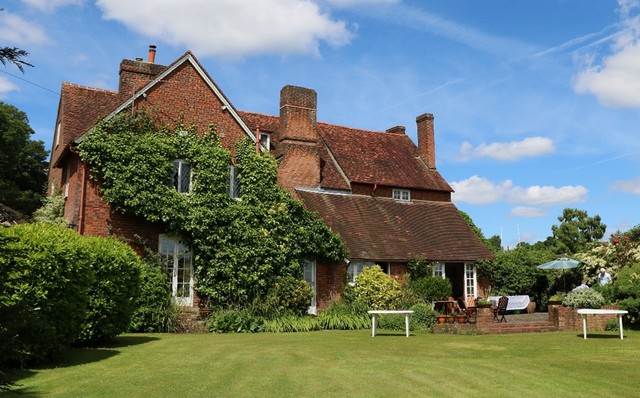 Leyfields Farm was a working farm until 2012 when the old stables and milking shed were converted into 3 houses. There were mixed feelings in the family about the change in function of the neighbouring buildings. On the plus side, we anticipated a reduction in the number of flies that plagued the house in the summer and a lessening of the pungent smells from the silage in the farmyard. The changes would however mean that the house would be overlooked by neighbours for the first time and that there would be more cars driving in and out of the farmyard.

In the end we realized that although we missed the sounds of the cows coming in to be milked every day and the cheery wave of the Colebrooks at work in the farmyard, we were relieved that the flies and the rustic odours were gone and the new residents in the farmyard proved to be very pleasant neighbours.

My parents Tom and Elaine Coningsby bought Leyfields in 1973 from Mrs. Day, who moved to a more manageable house along the High Road between the pub and the shops, when there was still a post office, a greengrocer and a grocery store in the village.

The house was quirky and charming, but it was in need of a considerable degree of modernization. There was a huge Welsh dresser in the kitchen painted with green paint which was duly stripped and sanded. The house was rewired and redecorated, and kitchen and bathrooms were updated. Chipboard panels were removed to reveal hidden ovens and fireplaces. Rooms changed function over the years; the larder became a morning room, and the workshop became a snug for games of Scrabble and Rummikub or just a quiet sit. Renovating the house was a labour of love and it took my parents many years to create the wonderful family home it became. 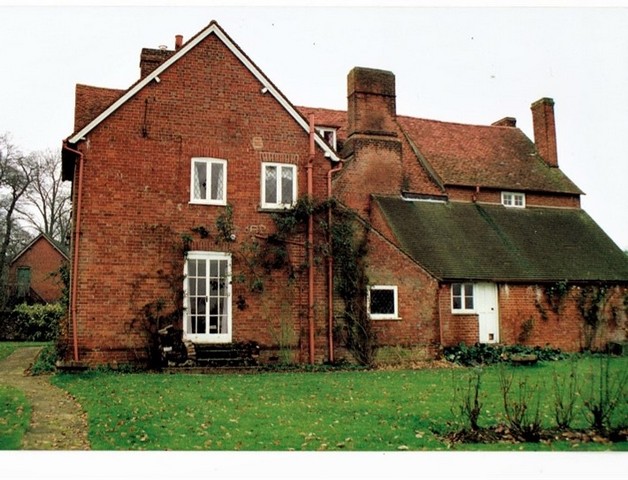 Leyfields has a few interesting period features including an inglenook fireplace, massive ceiling beams, a huge bread oven, a well in the garden and a beautiful wall cupboard in the study with a large space behind it, known as the priest hole. Given the date of the house It is unlikely any priest actually had to seek refuge there but it was a romantic idea to us as children.It was certainly a great place to hide during games of hide and seek.

We cherish the memories of our teenage years in the 1970’s in this house and in the village.

A year in Chipstead was in those days punctuated by a series of annual events. The year began with the Pram Race when hardy locals dashed down Elmore Road and round the triangle (as we called it) either pushing or sitting in rickety prams.  There was the Chipstead Junior players Christmas production - I remember being in Mother Goose and another production of something “in the round” which didn’t go down as well as the more frivolous panto. These were followed by various scouting discos and the youth club barn dance, held on the lawns of the old rectory, now Glebelands.

The Flower Show was always great fun and there was fierce competition in the show tent. We occasionally won prizes- I won first prize for a papier-mâché model of Elizabth I and a summer hat (Dad’s old boater covered in pink roses) and Mum won various prizes for jam and cake.

The tennis club was a favourite summer haunt and the annual BBQ a big event. The winter was heralded in by fireworks on the Meads. The midnight mass at St Margaret’s on Christmas Eve was a glittering gathering of the local clans.

Both my parents believed in taking an active role in the local community. Dad was president of the tennis club for many years. He was also a Trustee of the Chipstead Village Preservation Society and heavily involved with the local branch of NADFAS. Mum was a school governor, a Brown Owl and active in the WI.

After we left home one by one in the early 80’s, Leyfields remained a safe haven and we would all return regularly for family parties, Christmas’s and weekends of Mum’s wonderful cooking.  We delighted in the rambling rooms, BBQ’s on the large sunny patio and croquet on the lawn. When the next generation arrived (13 grandchildren in all) they too loved the old house and we shared many special family occasions here.

I am always surprised on my visits to the village how little it has changed over the years. The roads have become much busier and more potholed and some of the large Edwardian houses have been replaced by modern homes with smaller gardens. Dene Farm restaurant where I used to work in the holidays is now the Ramblers Rest pub and the White Hart has a large dining room extension. But this gentile, leafy village remains much as I remember it from the 1980’s.

My parents lived in Leyfields for 48 years. My mother moved to a nursing home in Banstead in 2020 and passed away in March 2021. My father stayed on in the house but due to ill health has decided to put the house on the market and move nearer to his children and grandchildren. It is with great sadness that we say goodbye to this lovely house and friendly village. We hope that whoever moves into Leyfields can create happy memories there and will come to love the house as much as we did. 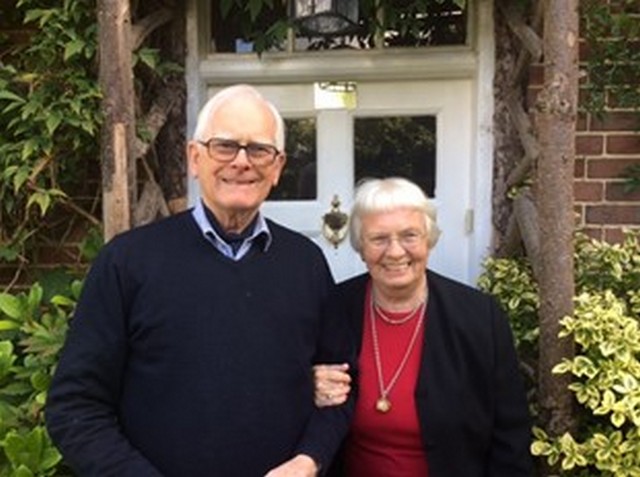