Two generations of the Wates family have lived at Elmore for nearly ninety years. The Chipstead Flower Show and Fair has been hosted there since 1910. Rev John Wates has supported St. Margaret’s Church in various ministries for 40 years. 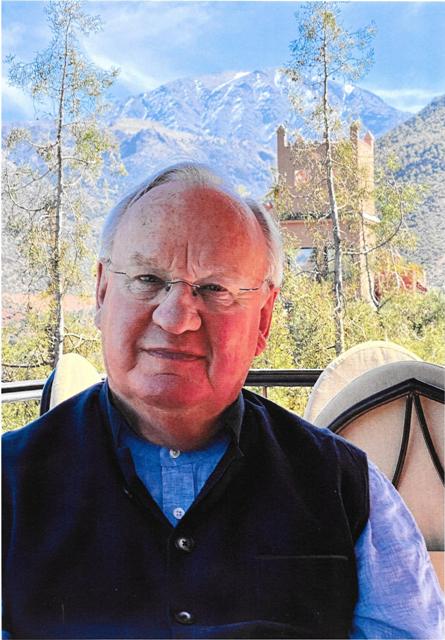 John was born in 1943 and brought up in Chipstead. His parents, Norman and Peggy, had acquired Elmore in 1935. Norman Wates died in 1969 and after a number of years Peggy moved next door into Elmore Pond Cottage. John and his family moved into Elmore when they returned from working in France in 1978. 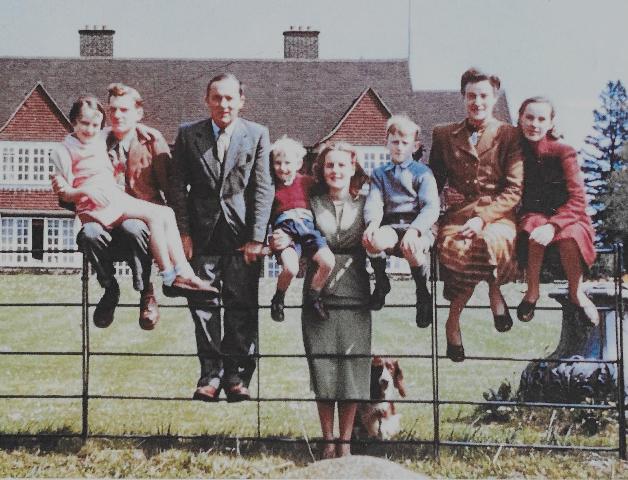 Norman and Peggy with their six children at Elmore. John is the youngest at the centre next to his father 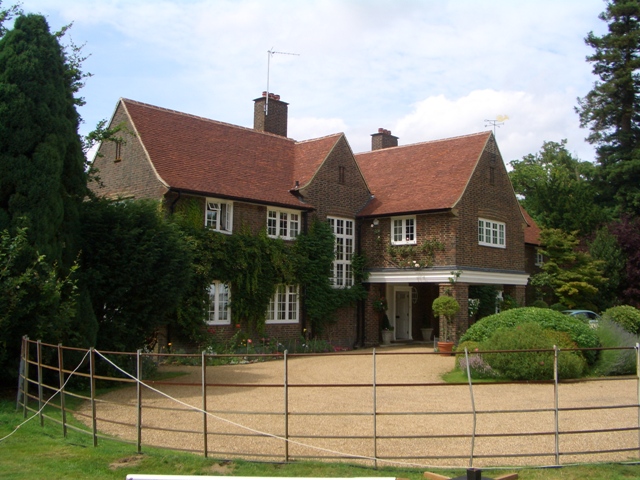 The Wates’ family home at Elmore 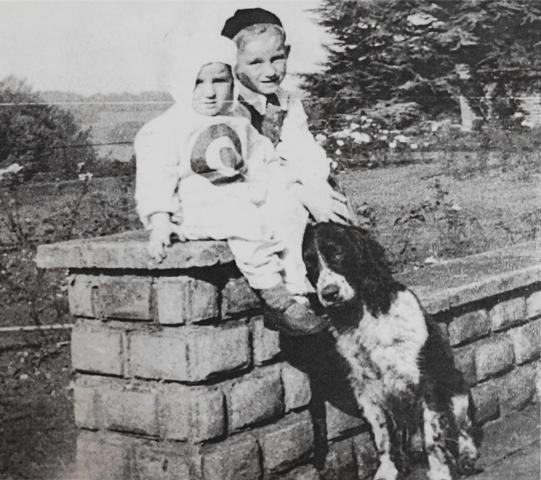 John went to school at Stowe. During his gap-year in 1961 he worked on the shop floor of a tile factory near Hanover in West Germany. He was there when the Berlin Wall went up and tensions between Russia and the West were very high. He went to Brasenose College at Oxford where he read History. During his last long-vacation in 1963 he went to summer school at Stanford University and visited various parts of California with Rose Dugdale. Some years later she was given a life sentence for attempting to bomb a police station in Northern Ireland! On finishing at Stanford, John drove across America and attended the Freedom and Jobs March in Washington on August 28th 1963 and was present at the famous “I have a dream” speech by Martin Luther King. 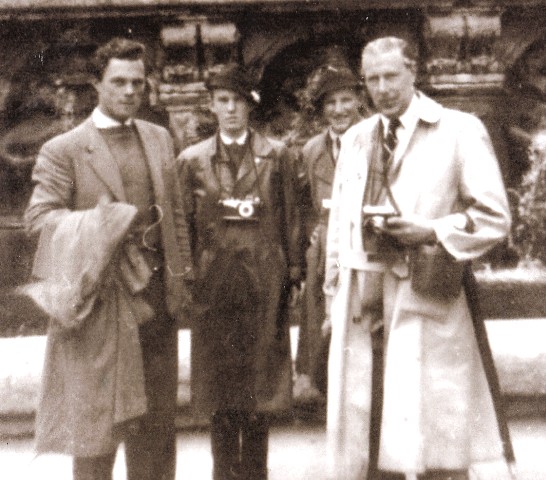 John (centre left) on holiday with friends in the Austrian Tyrol in 1957.  This holiday became the stimulus for John’s lifelong interest in the music of Richard Wagner

John met his future wife Carol whilst at Oxford and they were married in 1965. They have two children; Luke, who lives in London, having been in New York for nine years, and Mark who lives in the US on Long Island.

On coming down from Oxford John took articles to become a solicitor and qualified in 1967.  During his training period he volunteered at the Katherine Low Settlement (now a local Action Centre) as a poor man's lawyer. He joined the Settlement’s committee which he went on to Chair and, 50 years later, he is now its president. He was also a member of the Council for Community Relations in Brixton. He became a magistrate in Croydon for twenty years. One memorable case he sat on was the last (unsuccessful) prosecution of a supermarket for a breach of the Sunday trading laws. 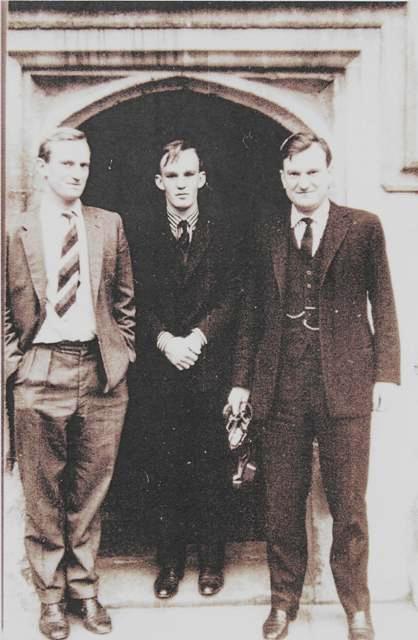 John (centre) with his two brothers, Christopher and Neil, outside his room at Brasenose College, Oxford in 1962. All three brothers lived in this room, but at different times! The room was occupied by (Earl) Haig between 1881 - 1883

Soon after qualifying as a Solicitor, John joined the Industrial Society (a not-for-profit campaigning body that aims to improve working life) as an industrial relations advisor. He worked with companies and trade unions to help them come to terms with Barbara Castle’s Industrial Relations Act, 1972.

In 1972 John joined the Legal Department at Wates Ltd, the family construction company. He was working on a contract to set up a company in France when the French partners fell out with each other and John, Carol and the infant Luke were obliged to upsticks and move to Paris where John co-ordinated the business for five years.  During this period John became fluent in French (but with a strong “building site” accent!) and Mark was born.

On returning from France John went back to the Industrial Society. As a parliamentary lobbyist he engineered a late-night defeat of the Thatcher government in the House of Lords. He slipped an amendment relating to communication and consultation into the Employment Bill in 1980. When, next day, he phoned the minister, David Waddington, he was delighted to hear that the clause was “motherhood and the flag” and that the Government would not oppose it.

A change of career direction followed. John’s interest in music developed into record production and he was also involved in an award-winning TV programme . He was invited to become a trustee and then director of the Philharmonia Orchestra. When he retired in 2020 after 40 years, he and Carol were both made Honorary members of the orchestra. He was also involved in setting up the London Chamber Orchestra of which he is now (eternal) life president!   He was made a life member of the Royal Society of Musicians and the Royal Academy of Music has made him an Honorary Fellow. Much of this relates to his passion for the French horn - he set up the British Horn Society in 1980. Currently, by popular request, he restricts himself to performing on the alphorn, the bugle and the Dutch midwinter horn . Carol was made a Cultural Ambassador by the charity ‘Arts and Business’. 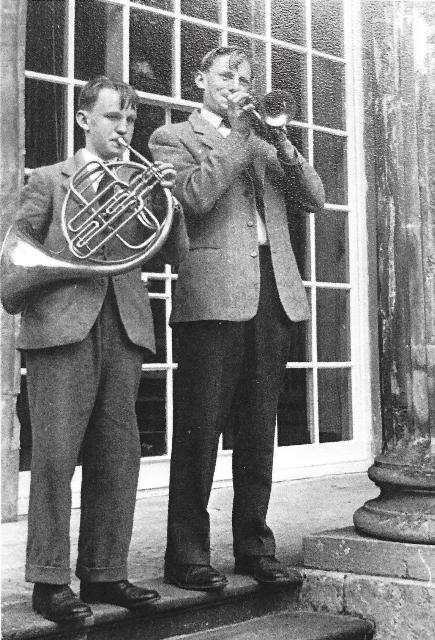 Early days with the French Horn! John (left) with brother Christopher practicing on the steps of the Queen’s Temple at Stowe in 1955 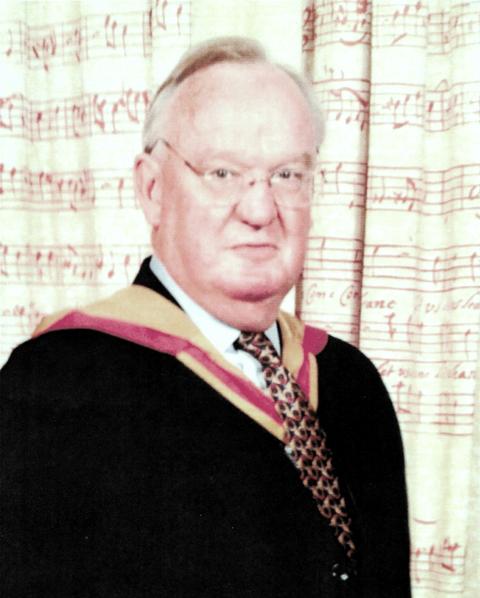 John has had a general interest in Philanthropy and was Chair for five years of the Wates Foundation when it made annual grants of £3m, mainly in areas of social deprivation in South London. John was Vice Chair of the Association of Charitable Foundations and was made an Honorary member on his retirement. He was general editor of their early publication “A Guide to Good Grant Making”.

John has had a particular interest in helping the disadvantaged – especially prisoners and those suffering from mental health. John first visited a prison in the early 60’s when he and Carol visited the old Holloway Women’s Prison in North London. From the 1980’s he has had an increasing interest in the Criminal Justice System. He was an early Trustee of the Rehabilitation for Addicted Prisoners Trust when it started in Downview Prison in Banstead. He was a Trustee of the Butler Trust which highlighted good work going on in the prison system and the Centre for Crime and Justice Studies. On the Croydon Bench he was a Vice Chair of the Youth and the Family Panels.

Closer to Chipstead, John joined the Friends of Cane Hill Hospital in 1978 and chaired the Visitors and Friends Committee. When the Hospital was closing John was asked by the Bromley Health Authority to set up and chair a charity to take the last patients into the community. Over 15 years this took on a wider remit and became a substantial mental health care provider in South London and Tower Hamlets.

John has served on PCCs since the 1960s in Dulwich, Paris and Chipstead. He became a Reader at St. Margaret’s in the Reverend Christopher Blair-Fish’s time and an Ordained Local Minister in 2002. This required a vote of support from the Parish as well as national selection. During this time he has taken hundreds of weddings, funerals and baptisms as well as attending over 4000 services in St. Margaret’s – probably some sort of record! 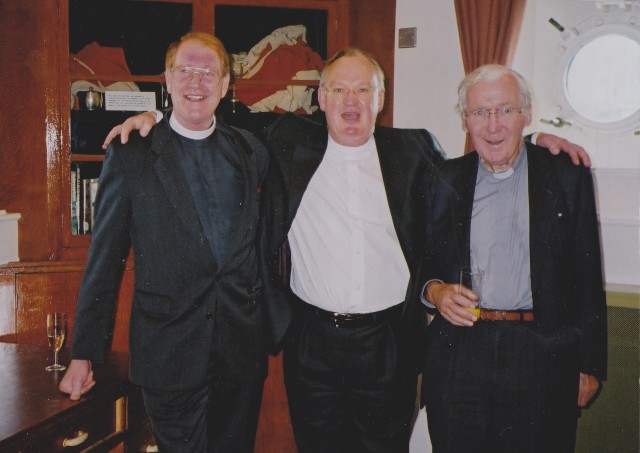 A celebration of John’s ordination on HMS Belfast in the pool of London, following the ceremony in Southwark cathedral in 2003. Also enjoying the celebration are two former Rectors of St. Margarets, Canon Christopher Blair-Fish (right) and Rev John Goodden (left). 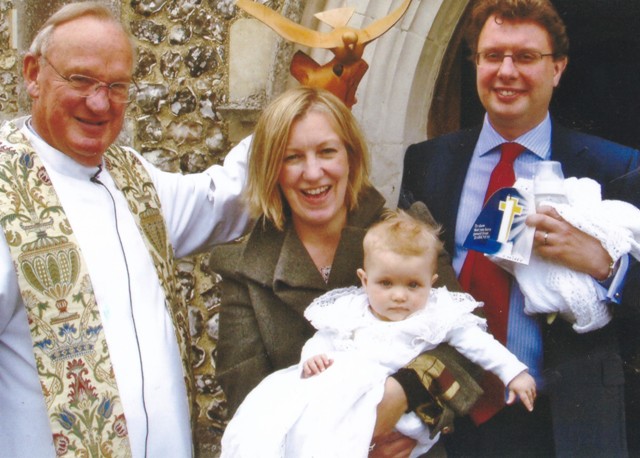 John outside St Margaret’s following the baptism of Eva, daughter of James and Rachel Courtenay-Evans, in 2013

In 2014 John was awarded the Most Excellent Order of the British Empire. The citation for his OBE was in three parts:- his contribution to the charitable sector; to the Criminal Justice system and to the community of Chipstead.

In retirement John hoped to devote time to his family, his library and some fly fishing about which he and Carol are passionate (with typical modesty he says that she is better than him!). However, his retirement has often been interrupted. 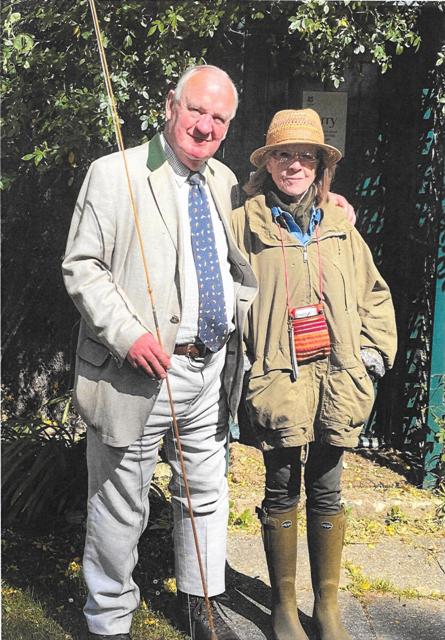 During the 2020/21 Coronavirus pandemic, and the Rector`s extended sick leave, John officiated at “on-line” services, as well as services in St Margaret`s, when allowed. These contributions were very well conducted and greatly appreciated by the parish.