Chipstead’s Fallen in the Great War 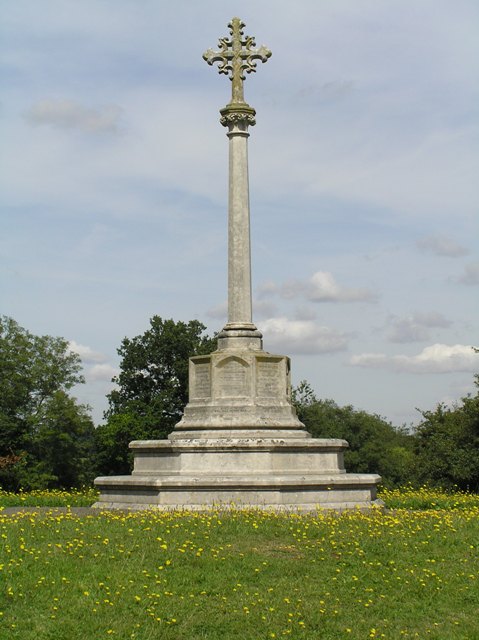 The unveiling ceremony was due to be performed by Lord Hylton, the Lord of Chipstead Manor, but he was unwell at the time and Sir Horace Marshall KCVO, later Lord Marshall of Shabden, performed the ceremony in his place, quoting from Lord Hylton`s letter of apology:

"Valiant hearts who to your glory came:

Though dust of conflict and thro` battle flame

Your memory, hallowed in the land you loved:"

The Ceremony was conducted by the Rector of St. Margaret’s, Canon W.H. Stone, and the congregation sang:

"For all the Saints who from their labours rest" and

The ceremony ended with the reading of the names of the fallen who had lost their lives in the Great War of 1914 – 1918. 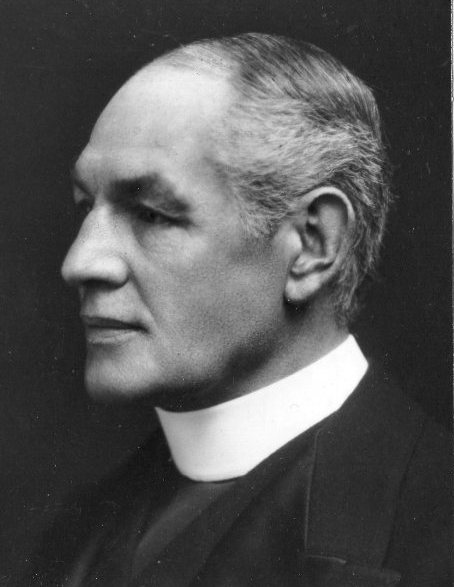 Thirty four names from the Great War are engraved on the War Memorial. We have managed to obtain some details of the lives and deaths of the majority of these soldiers but the list is incomplete. What we have is set out below:

Abdee, George   Pre war, head groom to Mr Goad at the Lodge, and lived at Gatefield Cottages, High Road. Private no.1330 7th Btn West Surrey Regt. Killed 1 July 1916 on the first day of the Battle of the Somme, 1st battle of Albert /or Bazentin ridge. Age 37.

Bennett, Roland William   Son of the William Bennett, landlord of the Star Inn, Hooley, aged 26, (regular cricketer for Chipstead,1906-12). He emigrated to Australia in 1912. He volunteered at the beginning of the war, enlisted initially in the Australian Light Horse, Wounded at Gallipoli 1915 - he went home to recover, On recovery he joined the Australian Infantry. Sent to Egypt to fight the Turks again - then returned to Europe and joined the Howitzer Battalion, sent to France and was severely wounded and died 21 July 1917.

Cable, William David   b. 1897  lived at Gatefield Cottages, Chipstead.  Gardener, enlisted in the 23rd  Btn London Regiment and was killed on 22 Aug 18 probably at 2nd battle for Bapaume, during the final advance of the allies.

Corkran, Reginald Seymour   of Pirbright Manor, (Chipstead Cricketer-opening bat), 2 Lt Grenadier Guards,   He was severely wounded at Le Touquet, south of Ypres, and died on 11 Jun 1915, aged 24 . He had previously been a sergeant in the HAC. He was buried in Chipstead Church Yard in the Family tomb.

Crowe, Charles   was aged 40, a married gamekeeper who in 1911 lived at Clapham in Sussex. They had 1 son aged 5 months. He was sergeant no-G/20302 in the 12th Btn of the Royal Sussex Regt. and was killed on 25 Sep 17 at the Battle of Polygon Wood, during the 3rd battle of Ypres. His widow Eleanor continued to live in Hooley until her death in c1950, and their only son died aged about 20 of unknown causes.

Joyce, William   listed as living at Redhill.  Private no. 2166 East Surrey Reg. 9th Btn Killed on the Somme on 3 Sep 16 either at Delville wood or Guillemont.

Lendon, Capt. P.Bruce, MVO   ex regular soldier, lived at Court Lodge Farm. Farmer and local cricketer. Re-enlisted Royal Lancs. Regt. in August 1914 at outbreak of war and was killed on the retreat from Mons in Oct 1914, going to help a wounded soldier in a ditch being swept by machine gunfire.

Neame, Gerald Tassell   of Oakdene, Starrock Lane. m Phyllis.  Capt 7th Btn East Kents. Killed aged 31 on 1 July 16 - 1st Battle of Albert.   A Mrs Neame, probably his widow, who lived at Sopers Cottage in Markedge Lane in WW2. With another lady started the "Chipstead Aero Supplies Ltd" in the PA hall and employed 23 people to make the wings, rudders and other aero components of war planes in WW2.

Mills, Arthur   born 1893, his father was coachman at Priorsfield in Markedge Lane. Young Arthur was a gardener who Lived at Woodside, Mugswell. Joined 14th Btn. London Reg. Cpl. Was killed at Gommecourt 1 July 16 ( 1st day of the Somme battle)

Newberry, Thomas   born in Chessington 1898 - lived at Dene House Farm. Chipstead Valley. Died of wounds at the Battle of Arras on 5 May 1917. Rifleman in the 9th Btn of The Rifle Brigade.

The following 3 names were brothers, and the sons of Mrs Emily Harriet Ross, widow of the late Mr Richard Ross who had lived in Maxton, Roxburghshire. Mrs Ross then lived at Starrock Court from 1912 to c1920, with some of her large family of 10, who were cousins of the late Dr John Smallshaw of the Longcroft Clinic in Banstead..

Ross, Thomas Stewart   2nd Lt, 1st Btn, Cameron Highlanders. Died of wounds, aged 19, on 13 Nov 18. His fatal wounds were received in the last battle of the war at Sambre on 4 Nov 18. He was buried at the Premont British Cemetery- France.

Trish, Thomas b 1885 of 8 Star Cottages Hooley. A Chipstead cricketer. Able seaman on the frigate HMS Calliope, training ship. Died from wounds at the Battle of Jutland 1 Jun 16.

Waite, Thomas   b 1883. Farm horseman at Mugswell ( ? Southern`s) Farm  Married with 2 children.  Private in the 7th Btn Queens Reg, killed in Flanders either at Passchendaele or the Ancre. 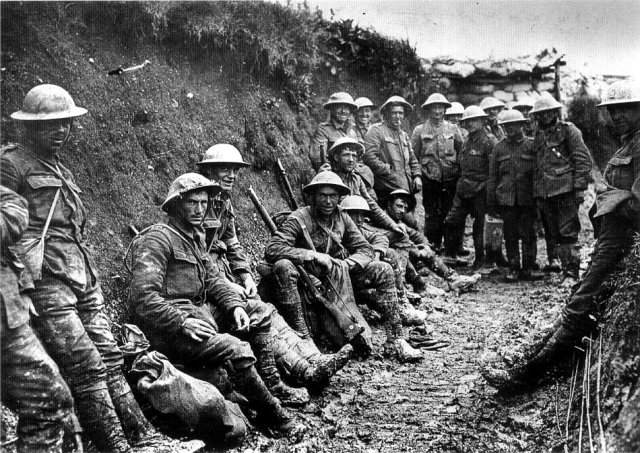 Soldiers pausing for a photograph in a communications trench, first day of the Somme, 1916, when George Abdee lost his life

The following two names were the only sons of the late Henry Spencer Walpole of Stagbury House, Chipstead (and Freethorpe, Norfolk), and Francis Selina, his widow. They are not recorded on the Chipstead War Memorial as Stagbury House, Outwood Lane, was just inside the parish of Woodmansterne. However, they are remembered in a restored stained glass window in the north aisle of St Margaret’s Church. The original window was destroyed by German bombs in WW2 on 23 Feb 1945. 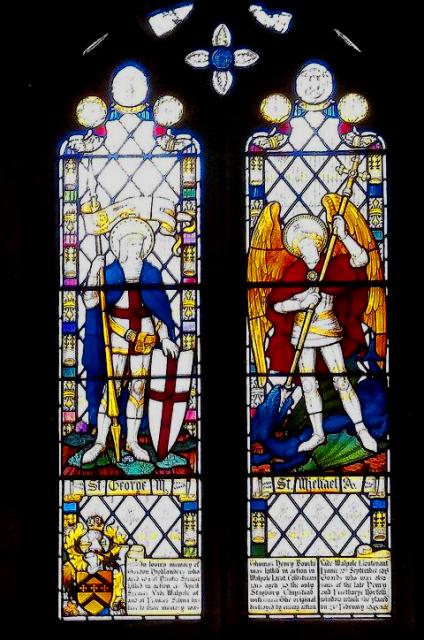 The restored stained glass window in the north aisle of St Margaret’s Church which remembers the two Walpole brothers, Thomas and Horatio

At the CVPS AGM in June 2014, Stewart Sweetman, chairman of the Banstead History Research Group, gave an excellent presentation about two men who had lived at Middleshaw in Walpole Avenue during the Great War, but at different times.  Both had been killed in the war, but their names appear on the Woodmansterne War Memorial, as Middleshaw is in the Parish of Woodmansterne. The following is a summary of Stewart Sweetman`s presentation:

Frederick Monro Raikes was born in 1872, into a very distinguished family, including two Governors of the Bank of England, a Director of the ill-fated South Sea Company and the founder of the Sunday School Movement. Young Frederick was educated at Radley College Oxford and became a solicitor. In 1910 he and his wife and 5 children moved to Chipstead and were the first occupants of the newly built  Middleshaw. At that time Garth Steading, built 1906, was the only other house in Walpole Ave. 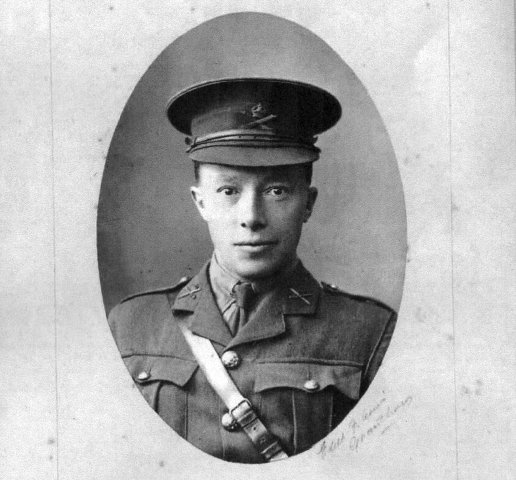 In 1915 he volunteered for the Army and was gazetted as a 2nd Lt. in the South Wales Borderers, a much older recruit than most. He had one younger brother who was a Colonel and another an Admiral; perhaps this made him join up. He was attached to the Machine Gun Corps (135th Company) and in November, 1916, he was sent to Mesopotamia (Iraq) as part of the 21st Infantry Brigade, to fight the Ottoman forces, mainly Turks. After initial reverses, the British Army made good progress to cross the River Tigris at Kut, which is south of Bagdad. Here on 22nd February 1917, just before the 2nd Battle of Kut, Frederick Raikes was killed. He is also remembered on the Amara War Memorial in Iraq.

Soon after Frederick’s death, his widow sold Middleshaw to a Professor Rhys-Davids, who had previously lived at Cotterstock in How Lane with his family. Both the professor and his wife were scholars of oriental religions and languages. They had three children, a son Arthur and two girls, Vivien and Nesta. Vivien was to become a leading light in the Chipstead Community from the 1920s until her death in 1978, living at Garth Steading.

Arthur Rhys-Davids was born in 1887, was educated at Eton and won a scholarship to Oxford University. However, he decided to postpone this and volunteered for the Royal Flying Corps, which he joined in August 1916. He was promoted to 2nd Lt and was trained as a pilot. He was posted to 56 squadron which had just been re-equipped with new "state of the art" fighters, the SE5. 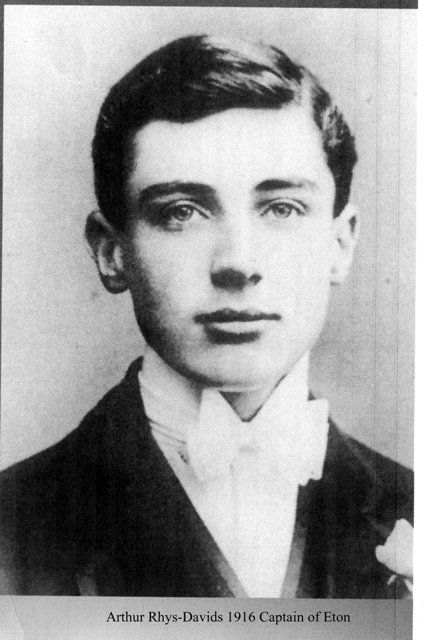 He first experienced aerial combat on the 7th May 1917, when his famous flight commander Albert Ball VC was killed. On June 5th he received a telegram informing him that he had won an MC for "conspicuous gallantry and devotion". His early success continued to the extent that he had to be reprimanded for taking unnecessary risks. He received a Bar to his MC in September 1917 and on 23rd September he was credited with shooting down the German fighter ace, Verners Voss, in one of the most famous dogfights of the war. Arthur went missing on 27th October1917 and received a posthumous DSO for shooting down nine planes in nine weeks. In total he is credited with 25 kills in his brief flying career of four and a half months.

He is remembered on the Lych Gate of St Peters, Woodmansterne, and also on the Arras Flying Services Memorial. Arthur Rhys-Davids is undoubtedly Chipstead`s most decorated war hero. 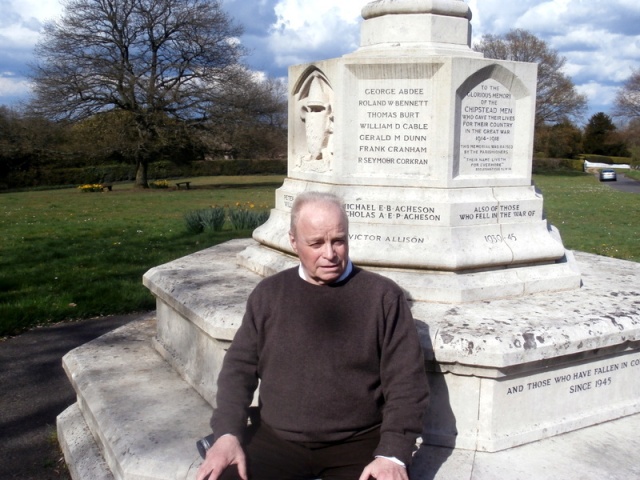 The War Memorial also includes the names of those fallen in World War Two and in subsequent conflicts.