This is the history of The Grange in Hazelwood Lane, one of the earliest of the grand houses in Chipstead. It was built soon after the stimulus generated by the opening of Chipstead railway station in 1899, which transformed Chipstead over the succeeding 40 years into the residential area we know today. 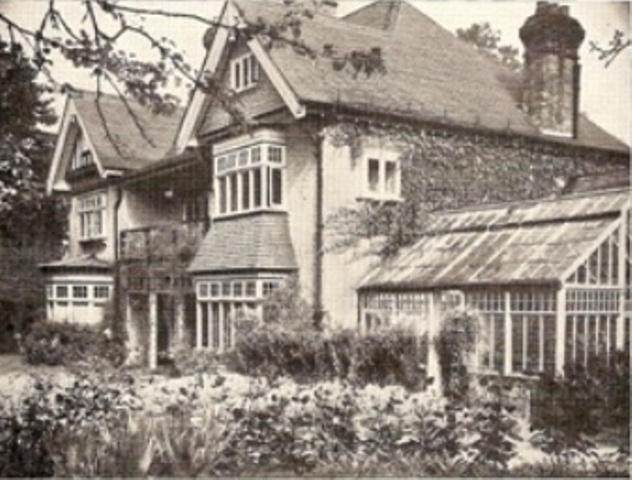 A three and a half acre plot on Hazelwood Lane was purchased in 1898 from the Hylton Estates, originally having been part of Hazelwood Farm, by a Mr Lloyd of Woodmansterne.  Mr. Lloyd built The Grange and its estate, which then extended from Hazelwood Lane to the High Road, for his widowed mother.

Mrs Lloyd  kept a fierce bulldog which apparently terrorised the local children,  including Rupert Croft Cooke, author of "The Gardens of Camelot"  (an excellent book about an idyllic  Edwardian childhood in Chipstead) in which he describes his walk down Hazelwood Lane from the White Hart: 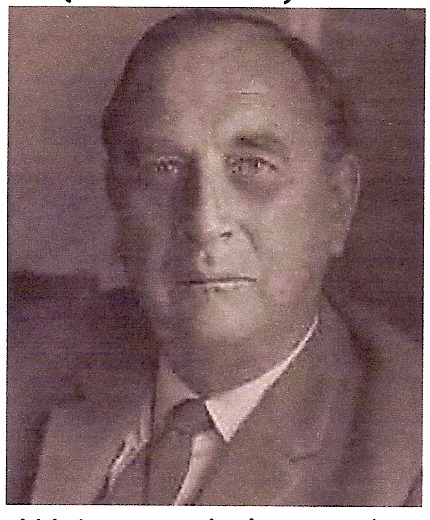 "after passing The Lodge we came to a place of great danger where some people called Lloyd kept a reputably fierce bulldog; even my elder sister was afraid of this Cerberus like creature which, with its flattened face and protruding teeth, was macabre and haunting. We were always glad to turn and climb the steep hill, appropriately called Doghurst Lane, to our garden gate at "Wayside" (now Redgate) which had its main entrance on the corner of High Rd."

Mrs Lloyd lived there until she died in 1912 when it was sold to Mr. James Morrison, father of Annette. Annette was born there and went on to be a long term Chipstead personality, marrying Tony Howard-Smith, (also bought up in Chipstead), and both becoming Church Wardens of St. Margaret`s. They were both prominent members of the Chipstead Players, and helped re-launch the Players after WW II. 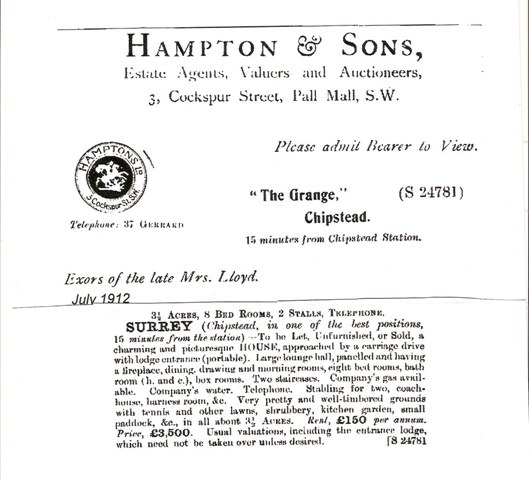 The Grange sale particulars from 1912

Mr Morrison volunteered for the British Army in 1914, and survived the 4 years, having seen action at Gallipoli with the Scottish Lovat Scouts. (The Lovat Scouts were founded during the Boer War as trackers, stalkers and snipers, and went on to become the Commandos in WW II).

After WWI, Mr Morrison worked in the City for the family whiskey distilling business, which unfortunately collapsed in the 1929 "Slump".  He then retired to the look after his estate until his death in 1944. He had been an ARP Warden during WW II, while Mrs Morrison ran the Sunday school in her home. 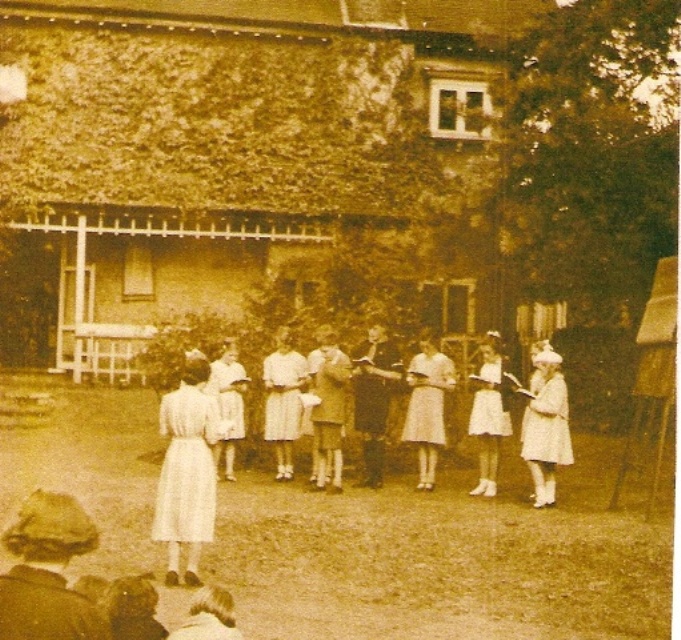 The Grange could be accessed from the High Road by a footpath which ran between The Grange garden and the village grocers (and later Post Office), run by a Mr. Alsford  (later Roy Comber’s furniture shop). 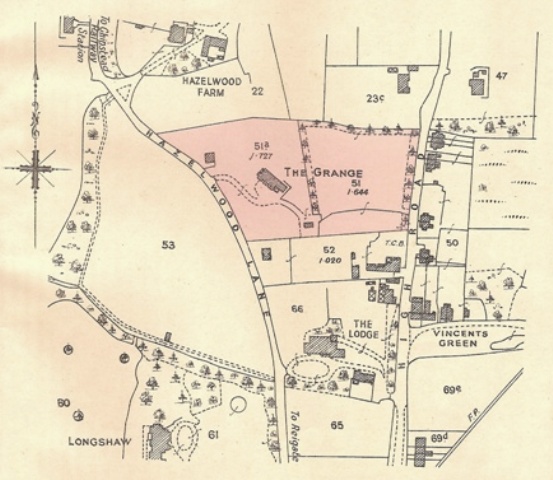 In 1946 the Grange was sold by auction (see original particulars here) and over the next six decades, a series of owners gradually sold off small plots for development along the rear garden frontage with High Road. 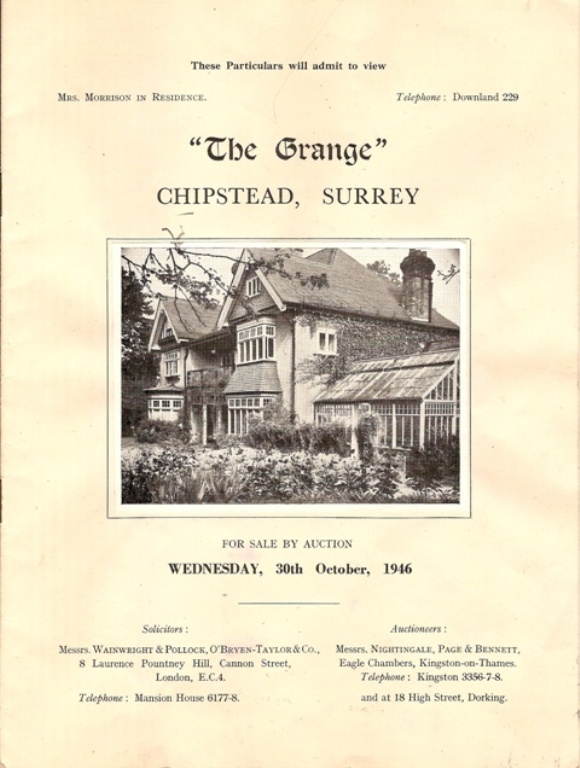 The Grange auction sale brochure in 1946

In 2012. The Grange, now reduced to a one and a half acre plot by earlier development, was sold to a developer, Shanley Homes, who controversially demolished the house and received planning consent to built a “mini-estate” of six large family houses in a high density configuration.

I recently spoke to Annette, who has helped me a lot with this text. She told me that she has no intention of seeing the place which has now replaced her former home!