In 1901 Chipstead's vicar was found guilty of drunkeness and indulgence in immoral conduct. This is his story.

I have recently read the chapter dealing with the misdemeanours of the Reverend Charles Young in Tom Hughes’ aptly named book, ‘Clerical Errors’. This gives an interesting insight into the class consciousness and the hypocrisy of a village community in late Victorian England. That village was Chipstead and Young had been vicar of St. Margaret’s for 13 years.

At this time Chipstead was still a small rural community with a handful of large houses owned by successful London businessmen–with Shabden, Elmore, Pirbright, Longshaw, Reeves Rest and Court Lodge being the most notable. The Lord of the Manor was Baron Hylton, a survivor of the Charge of the Light Brigade, and the appointment of the Rector of St. Margaret’s church was one of his responsibilities.

The long residency of the Peter Aubertins (father and son) at St. Margaret’s came to an end in 1888 and, perhaps rather surprisingly Lord Hylton appointed Charles Young.  Hylton (a member of the Joliffe family that owned the stone quarries in Merstham) had met Young when he was ministering to the Irish navvies working on the London-Brighton railway. At first appearances this rather youthful (27), loud and excitable Yorkshireman may have been more suited to preaching to the workmen rather than Chipstead’s social elite.  That said, Young seemed to get off to a good start and church attendance increased, Charles became an enthusiastic and successful player for Chipstead Cricket Club and he and his wife Mary were entertained to dinner by Chipstead’s ‘great and good’.  However, socialising with the gentry may have led to his downfall as, over time, he made a number of social faux pas and acquired a reputation for drinking too much.

Efforts were made to encourage the Rev. Young to reduce his intake of alcohol and in 1899 he took some time off to ‘recuperate’ going on a trip to Morocco. These measures do not seem to have been successful and one Sunday in July 1900 Young was late for the church services and his readings from the bible seemed slurred. This led to a letter of complaint from the Chipstead elite calling for Young’s resignation. The Reverend Young was not to go quietly and claimed to be the victim of a plot hatched by the ‘moneyed classes’. Matters escalated and the case was taken to a Consistory Court in London. 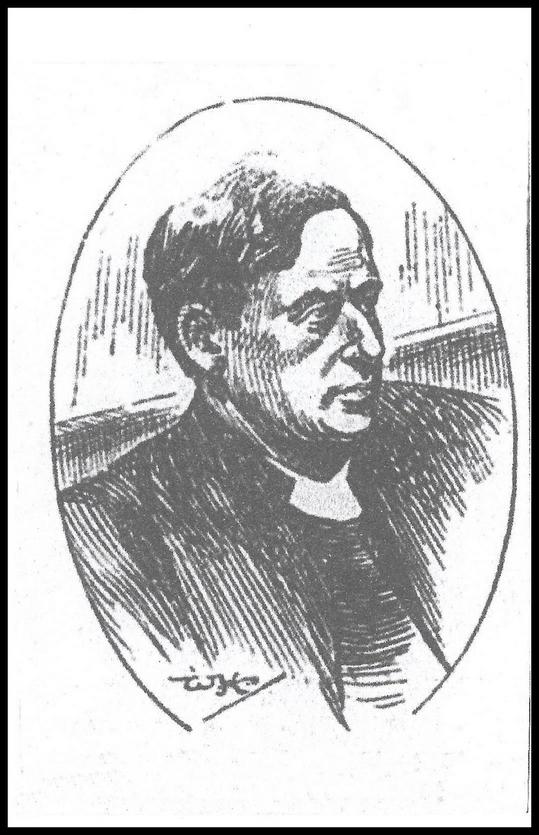 Proceedings began on 19 October 1901. Owing to the number of witnesses and the interest that the case generated it was decided to hold the trial in the imposing neo-gothic Royal Courts of Justice in The Strand.  Many villagers attended the three-day hearing and the scandalous events were given extensive press coverage.  One suspects that the press interest was because the case against Young had been exacerbated by the accusation that in 1900 Young had been seen in a notorious London nightclub allegedly with a prostitute on his knee. He had been spotted there at 1.30 in the morning, curiously by three of the most privileged young gentlemen from Chipstead (the Ewing brothers from Shabden and Henry Butler from Elmore), whose own presence in the den of iniquity was never questioned. Young admitted being in the Alsatian Club supposedly chaperoning a young man he had met in Morocco. However, he denied the accusations of drinking and strongly denied consorting with the ladies in the club. Many villagers gave evidence in support of him and a number of clerics gave testimonies to his good character. Despite this the verdict of the assessors was unanimous and Young was found guilty of being drunk on five occasions and behaving inappropriately at the Alsatian Club, in short, he was guilty of immoral conduct unworthy of a clergyman.  The results of the hearing were passed to the Bishop of Rochester who had little option but to pronounce a sentence of deprivation - the Rev. Charles Young had been ‘defrocked’.

History does not record what happened to Charles Young thereafter but he left behind him a bitterly divided village. The majority of Chipstead’s residents thought that the vicar had been badly mistreated. A letter to this effect was sent to the Bishop of Rochester signed by 220 residents and an article in the Surrey Mirror expressed deep regret at the way he had been dismissed. Many thought that the Alsatian Club incident had been a ‘set up’. However, the Chipstead elite had got their way. The next parson of St. Margaret’s, The Rev. James Hervey, was of a higher class than Young, being a nephew of the Marquis of Bristol and a son of the Bishop of Bath & Wells. Unlike Young he did not play cricket with the village lads, was more restrained at dinner parties and could probably hold his drink rather better.