Education and the Formation of Character by the late Angela Wright

Angela Wright lived in Chipstead for 35 years. She is probably best known for her wonderful mezzo soprano singing voice with the Banstead Operatic Society, and also solo performances at various events in the PA Hall. 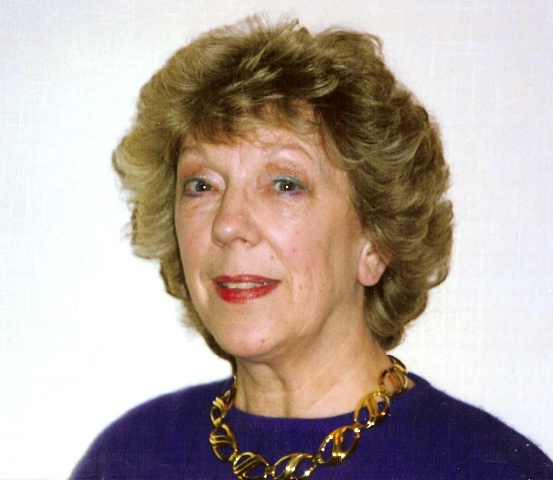 Angela’s lifetime passion has always been singing.  Having achieved a Grade 8, she attempted to enroll in formal opera training in London, but the competition proved too great.

Angela was educated in Grimethorpe, Yorkshire (home of the famous Grimethorpe Colliery Band), where her father was the colliery manager. She went on to read languages at Liverpool University and became a buyer at Selfridges in London.

Since moving to Chipstead, she became a schoolteacher, teaching French at a middle school in Redhill.  After Angela retired, she kept up her amateur singing career! 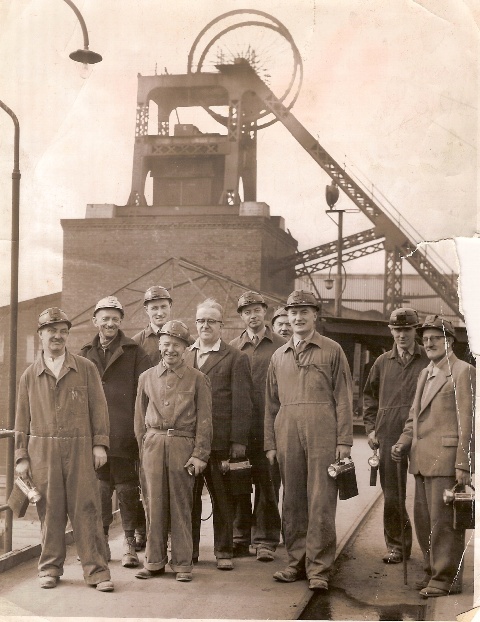 The management team at Grimethorpe colliery.  Angela's father is second from left

Education has for its object the formation of character

Having left school and gone to University to further my education, I never reflected on the effect which my school had left on me. I studied because I was told to study and never thought why - perhaps to get a job? So the next step was to take a Certificate of Education - a step towards a job!

The fIrst thing I was asked to do was to write an essay on the effect which my school had had on me!  I went to HemsworthGrammar School - note the GRAMMAR - very signifIcant - in Yorkshire. Until I wrote the essay I did not notice how the formative years had shaped my mind up to that moment.

In order to study education one has to realize what education has done to shape one's character to that point in life. A good education must have a positive direction and encompass the many - or few - facets which form the individual's character. My school had begun to do that for me, although I had been unaware of the effect. 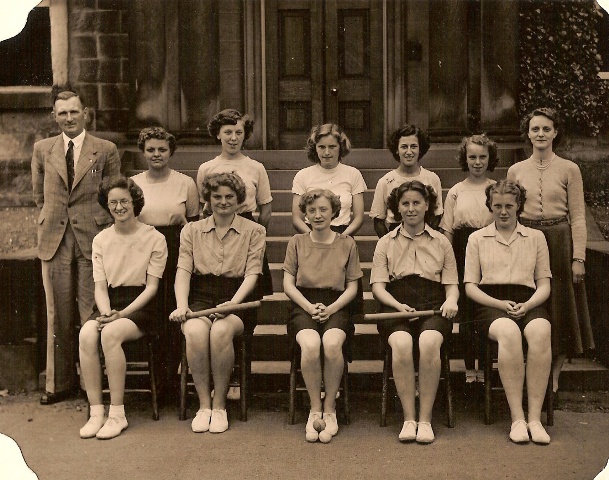 Fifth form girls rounders team at Hemsworth Grammar School.  Angela is on the back row, third from left

Every child has a different background, a different inheritance of talents, different needs in its personality. What a task for a headmaster to take on, for a parent to appreciate who is going to decide how to start the process, and how to guide the process to a successful conclusion.

The Government is there to provide the framework to support the different talents, academic or practical. Suitable schools must be established through the Government for this task.  Comprehensive schools have not been the answer. Shirley Williams tried to fIt all categories into one type of school from 10 years upwards. This has not worked because the children of practical ability feel inferior to the scholars. Therefore their attitude becomes negative, an attitude which can be carried into adulthood.

Unless children are made aware of the different ways the brain works they are easily confounded.  Children whose aptitude for practical subjects such as engineering, plumbing, building etc, are more successful in institutions where these subjects are taught by experts in their field. Children feel that they are achieving when they use their innate talents and are with their equals.

Formal education is very important but for most children there must be interactive collaboration with other disciplines such as music, drama and sport. Children who have talent in these areas need to find outlets for their talent as early as possible. There should be interactive collaboration throughout their school life, partly for enjoyment and partly for finding skills which lie dormant unless discovered at school.

Another big problem which exists today is the existence of different cultures. In Great Britain there are many varied languages to be found. The education system has to align the needs of society within the structure. At home the children have to communicate in the language of their parents for at least one generation. Somehow the education planning must encompass this diversity. Our education system is having to cope with this very quickly.

This short treatise cannot hope to indicate everything needed in a perfect system. In previous centuries we had immigrants from Europe entering our shores. Now we have immigrants from diverse continents due to ease of travel and communications.

I will sum up by saying that the discipline of education has to contend with genes, upbringing and personality. In a school with 1000 plus pupils, a head teacher has to tame and co-ordinate all these factors and produce a human being ready to cope with all the trials of adult life. Not an easy task. My headmaster had a smooth ride compared with today's head teacher’s problems!