The current integration of Surrey Speedwatch with Sussex is going to significantly boost the impact that our roadside Watch teams can have on drivers speeding along our lanes and roads. 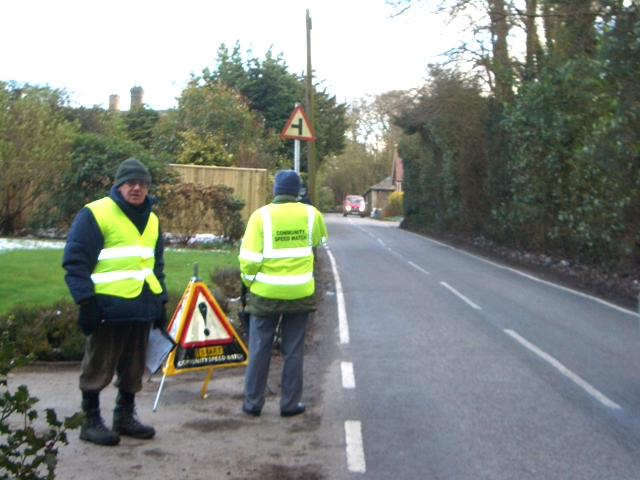 Because experience shows that someone who breaks one regulation, such as speeding, is likely to break others, the software now being used automatically checks vehicles that we report against the DVLA data base and flags up any without insurance, or (if 3 years older or more) lacking a current MOT. Immediate police action is taken on these criminal offences.

The new system improves the impact of our reports by issuing letters to offenders within 24 working hours of kerbside information being filed by us. Sussex issues 5,000 letters a month, and has found that 90% of offenders take such note of the prompt first warning letter that they are not recorded again in the following 12 months.

We’ll be also able to report those who are:

# not wearing a seat belt (difficult to spot I think)

# who make gestures at a Watch team

# who return to remonstrate with a team. This is taken particularly seriously, and triggers an immediate police response.

All the offences, including speeding, are accumulated and lead to rising levels of police response.  The third-offence letter is delivered by a police officer or PCSO, who checks the vehicle for bald tyres or cracked windscreens that require immediate rectification.

Data will be shared between Surrey and Sussex as well as with Kent, with which Sussex already has such an arrangement. This is particularly relevant for us because of our position close to the other counties; serial offenders will be escalated through the system more rapidly even if they move between the areas.

Of less relevance to us but positive for Speedwatch teams in the west of Surrey, is that Thames Valley will also be linking up.

I gleaned all this from a webinar with Sussex and Surrey road safety officers. The improvements are possible because Sussex operates on a national system that is steadily being adopted across the country. It replaces Surrey’s own, outdated system and integrates with Operation Clampdown, a nationwide focus on improving road safety.

I very much hope that our existing Watchers will be joined by new recruits so that we may increase the number of roadside sessions and boost the impact we can have on making Chipstead a better place to live and safer for cyclists, walkers and horse riders.