Trevor, as he was known to everyone, lived in Chipstead since 1969 and died on 29th December 2018 of old age. He is mainly remembered for his exceptional ability at cricket, his profound interest in the game, and also for his kind, friendly and humorous nature. 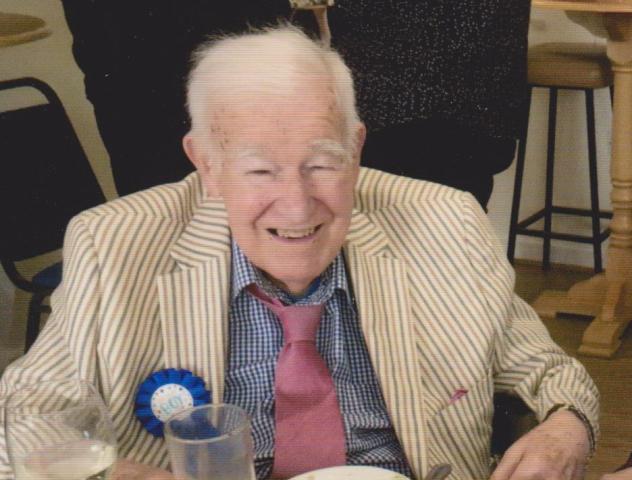 Trevor and his wife Marion came to Chipstead from Essex where he had played cricket for Essex Club and Ground. By profession he worked for Churchill and Caspers as a timber merchant. This included travelling to Russia to organise the import of wood at the height of the Cold War, which he apparently thoroughly enjoyed!

In 1970 Trevor joined the Chipstead cricket club as an established batsman. The club was immediately impressed with his batting skills, and he quickly became opening bat for the 1st XI. Spectators at the time found his batting prowess a delight to watch.

Trevor continued playing cricket for years later in the lower teams, finally retiring in 1982 aged 55. However, he continued to work with great enthusiasm for the club, as 1st team Scorer, and starting the Colts Friday evening coaching sessions. He was elected Chairman in 2000 and negotiated successfully the merger of Chipstead & Coulsdon CC with Old Walcountians CC to form the CCWCC which is now one of the most successful cricket clubs in Surrey.

At age 90 there was nothing he enjoyed more than to spend a summer’s afternoon snoozing and watching his team play cricket holding a small beer or latterly a cup of tea.

He was honoured at his memorial service in St Margaret`s by a turnout of over 150 people and an excellent eulogy by his son Richard, who had come over from New Zealand. The occasion was concluded with an enjoyable wake at the Cricket Club.